One of the rarest pieces of Freddie Mercury memorabilia is now up for sale ... and it's the only set list personally written by the Queen frontman to ever hit the market.

Freddie's handwritten list of Queen hits from a 1978 concert in Copenhagen, Denmark, is going up for sale through the memorabilia company, Moments in Time -- and they're hawking this rock 'n roll treasure for a hefty price tag of $35,000.

The 2-page set list from Queen's show used to belong to a private collector, but he or she's decided it's time to unload it.

Sure, the price tag sounds steep -- because it is -- but trust us, there's good content in here that's worth your hard-earned money. Freddie scribbled down the names of some of Queen's biggest hits, including "We Will Rock You," "Tie Your Mother Down" and "Bohemian Rhapsody."

Of course, the set list also comes with a letter of authenticity from the official Queen fan club.

It's funny ... the final note written at the bottom of the setlist reads, "Hotel!!" Guess Freddie was looking forward to tucking in -- or, more likely, partying like a rock star -- after the show. 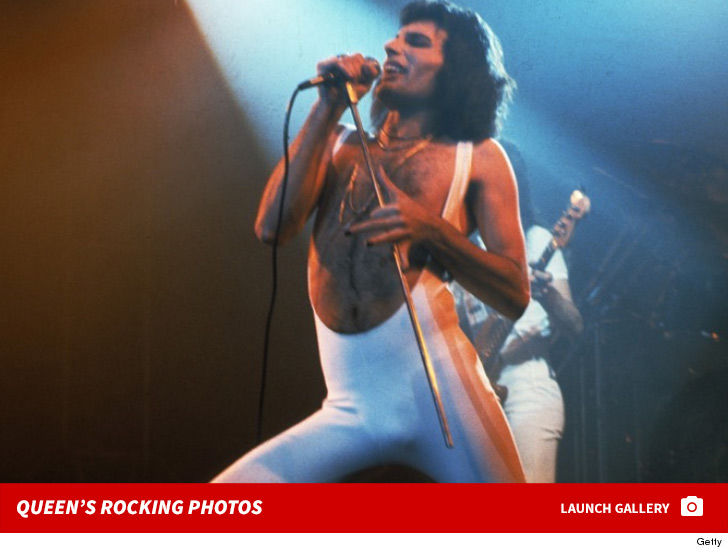 Strike while the iron is still hot.

Have to raise a red flag here.

This is the same company that once tried to sell a guitar that supposedly belonged to Robert Johnson.  No evidence it ever sold or that the guitar was authentic.

This guy used to have a promotional pipeline in the NY Post.  Now he may have found a bigger connection with TMZ.

Good point, Sidney, but here's the difference. You have a top hat or guitar you say Johnson owned...no way to prove. With Freddie set list -- all of the autograph experts (especially all the Queen fans we have on this site ) will tell you if it's not written in his hand.

Same company that tried to sell the infamous Chapman Double Fantasy but wanted over a million for it I think. They buy stuff at very high prices and then try to flip at insane prices. Not a good way to do business in my opinion

It's an okay way to do business, but...that just might not fly much anymore, now that there's the internet, and we can see what it sold for last time. I mean, it's one thing if something just pops up on the market and everyone goes nuts over it. Versus something like a signed Night at the Opera album that sells at auction for $8,000 and a month later we see it for $30,000.

Is there a photo of it? This isn't the only Freddie handwritten set list, if it is genuine btw. There's another on display at Queen's Switzerland studio exhibit. All I'm seeing here is a letter from Jacky Smith of the fan club (which is usually the death certificate for most Queen items).

LOL just found the pic and it's not even genuine. I skimmed through the article and didn't see who approved this outside of Jacky Smith from the fan club. The same chick that got busted approving so many fakes and selling them, most auction houses run the other way when they see an LOA with her name on it. This is awful.

That's interesting. Thanks for chiming in, Innuendo.

By the way, it's not clear the company has items it offers in its possession.

In the past its been accused of playing unauthorized middle man...advertising and trying to find buyers for items others own.  Then trying to broker a deal.

And that Mark Chapman Double Fantasy is still for sale on the website.