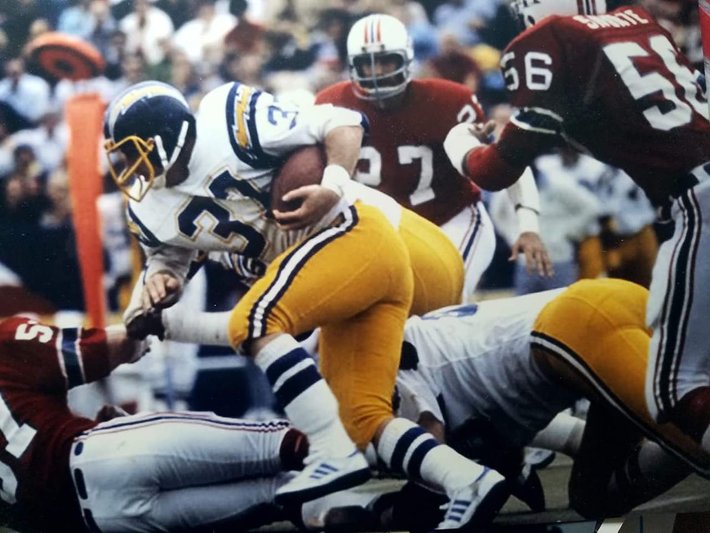 As a kid, I loved watching the San Diego Chargers. When my stepbrother got a job working at their practice facility, he got me Hall of Fame quarterback Dan Fouts’ autograph. I would end up meeting him years later, at various functions, and he was always nice to the fans.

In 6th grade, my motivation for winning this bike-a-thon to raise money for cancer, was that one of the prizes was meeting the Chargers at the ceremony (I’d like to say the motivation was to help find a cure for cancer but hey...I was a kid). I came in first place for my age group, and won a Schwinn bicycle. I was more excited about meeting the Chargers, but it was only Louie Kelcher that I got to meet (although I wasn’t complaining, as I looked up to that mountain of a man and asked for his autograph). Someone saw a picture of us in the newspaper, but I never got a copy.

When I was in 10th grade, some of the Chargers were involved in a charity basketball game at our high school. I was thrilled to get special teams stand-out Hank Bauer to sign my ticket stub. Bauer may have only played 7 years with the Chargers, but “Hank the Howitzer” was a beast on special teams, and he was named one of the 50 best Chargers players ever. And those of us in San Diego were lucky enough to see him do sports on one of the local news stations, and for years got to hear him doing broadcasts on Chargers games. 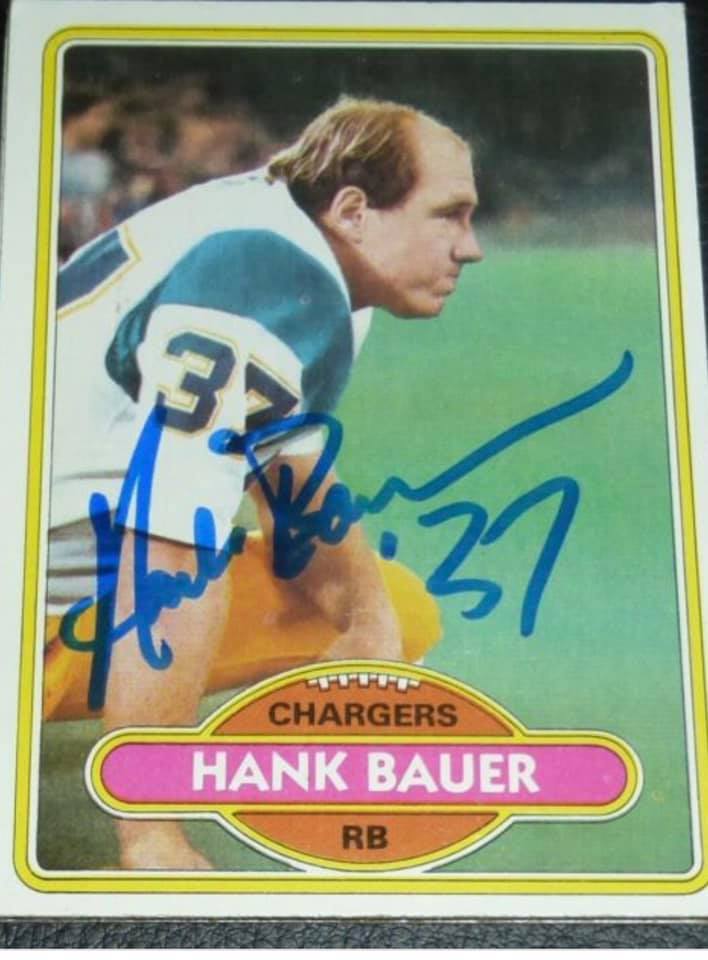 I had met him when he was on a radio show a friend and I had hosted, and he told great stories. He was kind enough to leave a voicemail message on my friends answering machine. That friend is a huge Chargers fan, and he still has that message on his machine.

On his Facebook page recently, he posted a story that made me think it would make for a good article. While doing sports for the local CBS affiliate, he’d often get 8x10s and cards sent to the station. Sometimes, he’d get stuff meant for the baseball star of the same name, former Yankee Hank Bauer. You could understand why people might make that mistake. He was doing sports, and who wouldn’t sign a former baseball star to do sports? The Padres had another former Yankee, Jerry Coleman, doing Padres games. They assumed Bauer was doing sports for them. 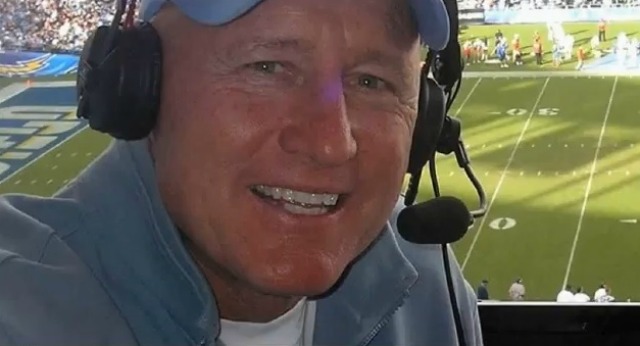 Yet what made it weird about this recent letter and request for an autograph is … Hank Bauer (the baseball player) died in 2007! So, Bauer (the football player), posted the letter on his Facebook page, wondering what to do. Some of his friends ribbed him, saying things like “Just send him back one of your football cards autographed.”

It made me think about a story that happened to a guy outside of a concert downtown. We were waiting to get the band to sign our CDs, and this fan told me he collected mostly baseball signatures. He sent an 8x10 of Yogi Berra to him for a signature. Now, when you do autographs in the mail, you send a self-addressed stamped envelope. Two months later he sees his SASE, and was excited that he’d be getting Berra’s signature. Imagine his surprise when...it wasn’t his photo. It was a photo that someone else must have sent Berra and he put it in the wrong envelope. The photo he got back was an all-star team photo, and it was signed by Joe DiMaggio, Mickey Mantle, and about 7 other Hall of Famers. Of course, he gladly kept this picture, figuring it wouldn’t even make sense to send it back, and Berra probably wouldn’t have even tried to find the rightful owner.

Here’s the photo of the letter and card Bauer was recently sent: I then asked Bauer what the weirdest item was he was ever asked to autograph (I told him rapper/actor Ice Cube told me “a ti**ie.” Bauer said on a flight a guy asked him to sign his wife’s bosom.

I asked him if there was ever a player he got an autograph from or was thrilled to meet. He surprised me by saying his namesake.

“Hank Bauer, the former Yankee. He invited me to dinner with Johnny Blanchard and Moose Skowron.”

I’m always surprised by the places famous athletes are recognized, especially football players (since they wear helmets during the games, they’re not as recognizable when they’re out and about). Bauer told me, “During a USO tour with the NFL, I was on a busy street in crowded Seoul, South Korea, and someone recognized me.”

I thanked him for all his years on the football field, and how great he’s always been to the folks that have asked for autographs He said, “I have never turned down an autograph request.”

So, if any of you fans out there get his address...you’re in luck. Just don’t send him any baseball cards.

Great story, as usual, Josh. My father used to work with Stan White of the Baltimore Colts and he said he would often get Stan White cards, I think another football player, sent to him for signing. I know the baseball manager Joe Morgan would get the occasional HOFer Joe Morgan cards ttm.

That is crazy about the Yogi Berra item. The poor guy who lost his item! And knowing that Yogi's kids often had their dad signing for money, they guy probably sent it in with a fee. I think I only ever lose two previously signed items ttm and that hurt so I can't imagine losing something so valuable.

I've lost a handful of items thru the mail. The worst was a signed 8x10 of Robert De Niro from "Raging Bull." I had an address for his co-star, Cathy Moriarty (her first movie). I never got it back. I even sent follow up letters. I learned my lesson. NEVER send anything in the mail, that will kill ya if you don't get back.