Nobody knows the name Malcolm John Rebennack Jr., but if you know music (and have good taste in music), you surely know the name Dr. John. He was more than just the hit “Right Place, Wrong Time.”

The first time I ever saw him was in the early ‘90s as part of Ringo Starr’s All-Star Band. He was relegated to just a few of his songs, but it was great. Since that time, I had seen him live three times. He always put on an amazing show, but always looked so sick. Two times I met him before the shows and had him sign an album. One of those times, I had two records. He was with a gorgeous woman, and walking with a cane and wearing a flashy purple suit. He said, “I hope you don’t mind, but...I’m not going to sign that one album, because it’s a bootleg.’

A buddy of mine has seen Dr. John about 25 times, and has even flown multiple times to New Orleans to see him in his hometown.

The “Night Tripper” got some fame in the late ‘60s, but mostly backing people up. The piano player from New Orleans that will always be more famous is Fats Domino, but this fat dude with the gravelly growl won many of us over.

Apparently, the last few years he’s laid low, and was in failing health. He was 77 when the fatal heart attack hit.

He had talked about his heroin addiction. And, in a terrific documentary on songwriter Doc Pomus (Save the Last Dance For Me, Surrender), you see clips of him producing a record for Dr. John, and he talks about him going to the bathroom to shoot up. This guy was so talented, he ended up on Disney soundtracks (his contributions to “The Princess and the Frog” were the only thing good about that movie), and a Muppet was created in his likeness (Dr. Teeth).

Most people don’t know that he started out as a guitarist, but during a barroom brawl, he was shot in the hand, damaging a finger. He then switched to piano. It turned out to be the best loss of a finger in music history (no offense to Jerry Garcia or Django Reinhardt).

He started as a back-up musician, claiming he wasn’t a singer. Someone told him Bob Dylan was making it, and...if Sonny and Cher can make hits and can’t sing (who he backed up). So he decided to give it a go.

Rolling Stone named his debut album “Gris-Gris” one of the 500 best albums of all time (the song “I Walk on Guilded Splinters” was always a treat to hear live). 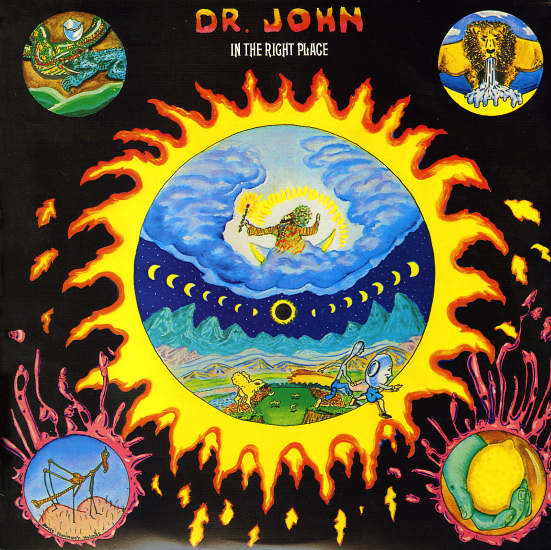 He had a hit with Rickie Lee Jones (Chuck E.’s in Love) with “Makin’ Whoopee!”

Dr. John finally made it into the Rock ‘n’ Roll Hall of Fame in 2011 (with one of the least talented to make it in -- Neil Diamond). But it’s cool that he went in with Leon Russell.

The Black Keys singer and producing whiz Dan Auerbach produced his “Locked Down” record after that, which scored him his 6th Grammy.

He’s performed at a Super Bowl, and at the White House. It’s a shame he didn’t perform at the White House with Donald Trump in office, because Dr. John is the only person with weirder stuff on his head than Trump (oh come on, I kid). But his headdresses and outfits were something.

He’ll be missed, but his music lives on (in our record collections) forever.

He will be missed. I know a number of people in the Seattle area who knew him personally. He was always described as down to earth.

What a super talent and a nice guy. I was fortunate to spend some time in his dressing room after a concert. That's a great lineup. I would've loved to have heard Pinetop Perkins!

A few years ago, I saw Dr. John at a small venue in Kent, OH.  Great show- he played piano and guitar.  After the show, there were three of us waiting for him and when he came out he took pictures with us.  I asked if he could sign one album and he replied, "I can't, I have arthritis."  I thought, "You just played the guitar and piano for two hours, but you can't sign your name because you have arthritis?"  I said ok, and was happy to get the picture. 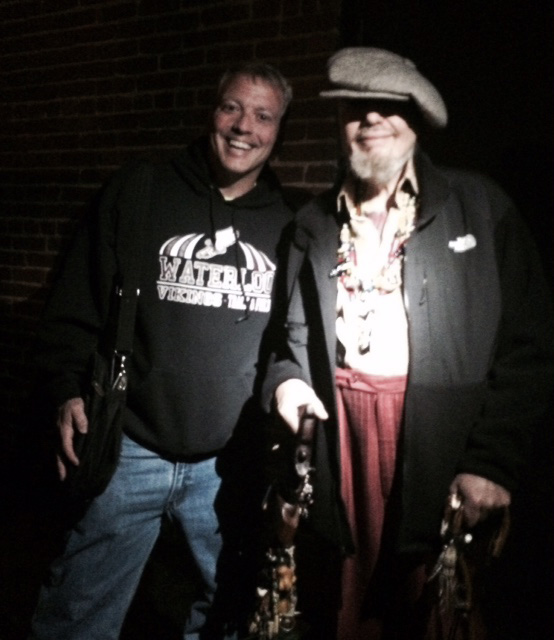 Two years ago, music producer and Cleveland native Tommy Lipuma held a concert for his 80th birthday.  The show featured Al Jarreau, Diana Krall, Leon Russell and Dr. John.  Each performer sang a few songs and of course I waited after the show to get them to sign.  Leon came out on his scooter and signed items from his bus.  Al Jarreau was great, he signed and took pictures. Diana gave a quick scribble- it was literally a scribble. Dr. John did sign one each and took pictures too.  After he signed my album, he said in that gravely, cajun voice, "Dare you go!" 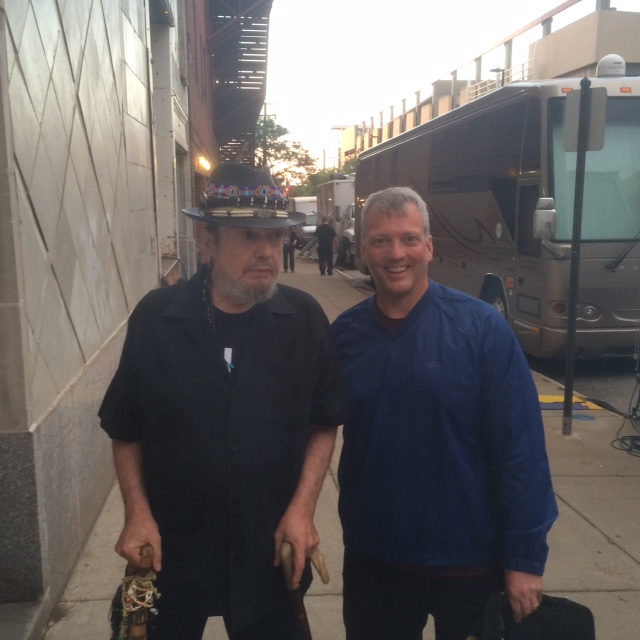 One of the Doctor's best platters is "Desitively Bonnaroo." It's very funky but sadly hard to find (it's been out of print since the late '70s). I tracked down two copies at a Shopko in Iowa forty years ago but have no idea where the records are now. On a lessor note, Dr. John wrote and preformed the original jingle/song for Popeyes Cicken, "Love That Chicken from Popeyes."

It's always fun when big names do commercial jingles.

I'm not entirely certain what an "MJ" comment, even a darkly semi-funny one, has to do with a Dr, John discussion. The Doctor was a musician's musican, Michael was a flawed popstar.

But I misspelled "chicken" in my first post, so I have no leg to stand on.

he was a real nice guy my dr john poster 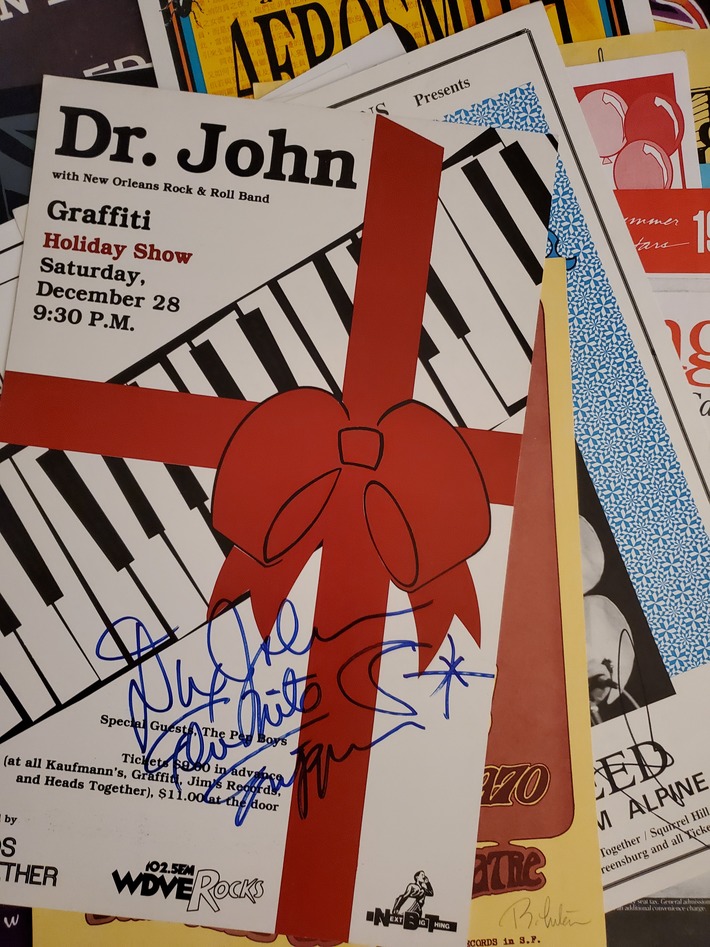