Posting this on behalf of someone else.  Although I am unsure of the nature of their relationship, Lash lived with this person’s mother for a number of years.  He inherited a wealth of memorabilia including this cast signed script from the early 80’s.  Most of the signatures are readily identifiable (roy and dale, slim pickens, monty hale, iron eyes cody, george montgomery, rex allen, pat buttram)

He is curious which signatures are most valuable and what would be a crude estimate of the value of this script? 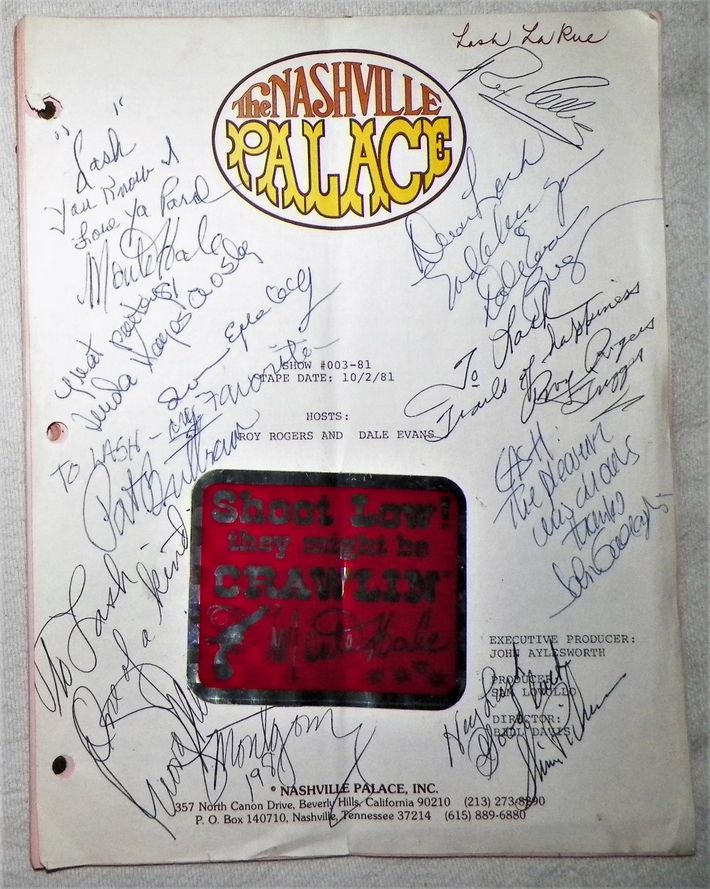 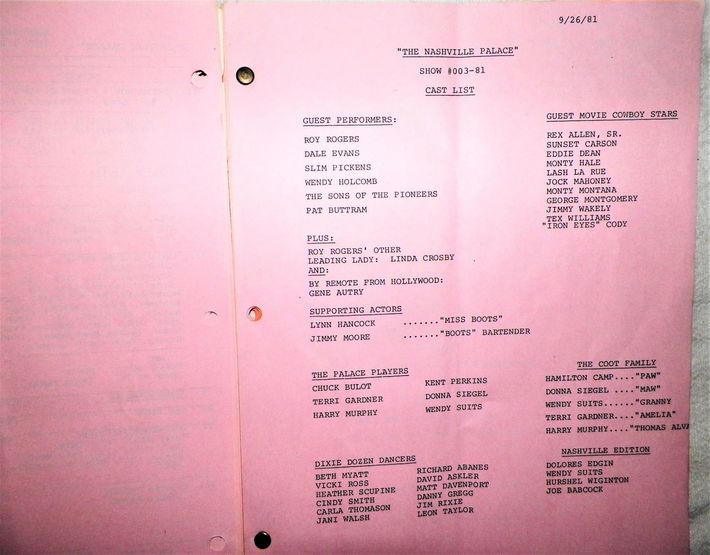 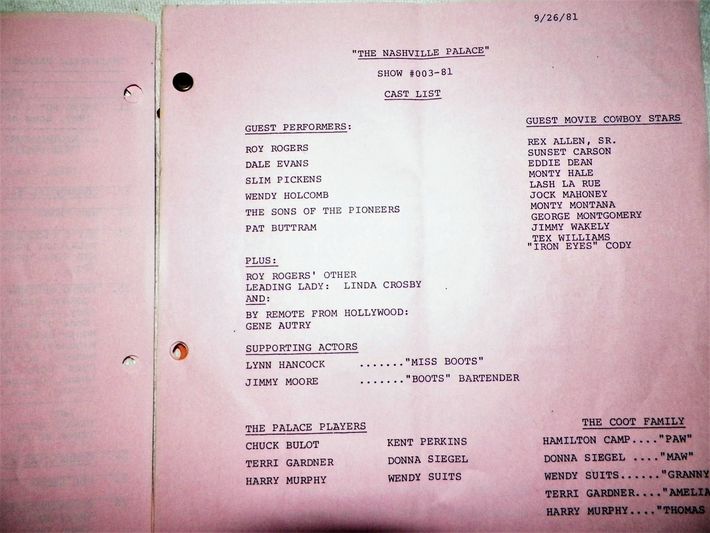 I knew I heard that name before. Harvey Keitel's character references him in Pulp Fiction.

The Wolf asks Vincent "What about you, Lash La Rue? Can you keep your spurs from jingling and jangling?", a reference to the famous cowboy actor.