Unfortunately for me I didn't research enough and didn't even realize you can have fake COA. I only own a couple autographs and all have been gifts.

I "won" the following auctions from auctionzip.com and BC Auctions. May as well ask what your guys opinion is althought now I am fairly certain I got fakes.

If they are fake what should I do with them? Is selling them on ebay with a disclaimer these are likely fake a good route to try and re-coup hopefully 10% of my money?

Do they have any value as fakes?

What would you do with them?

Thanks for the look and advice

First of all, the autographs are forgeries.

Second, if you list them on EBay, they will be posted here on AML.

First I would try to return the items. Second, if you paid with credit card, I would file a complaint with my credit card company. They might be able to give you your money back.

Don't try to re-sell them on Ebay or any other auction site. That will only come back to you.

These are typical "estate"/crappy auction site forgeries. You should ask for a refund, or like Bjarna said file a complaint with your credit card.

You really thought you got a Mantle/Snider/Mays for $80? and Ted/Joe/Mick for $95? Yikes.

Avoid these crappy auction sites as they are flooded with the crap that Christopher/myself and others get removed from eBay everyday. For more info regarding COA's to AVOID, as well as several examples of that style of Mantle forgery read this: http://live.autographmagazine.com/forum/topics/most-common-mantle-f...

Always remember that a COA is nothing but a piece of paper. These have zero value, and if you can't get your money back unfortunately you learned a lesson that cost $175. (Could've been worse.) Burn them and rid them of the hobby.

Wish you found this site first...but I agree with all the suggestions here. I'd get my money back come hell or high water. I hate that AuctionZIP, "where nothing is real, ZIP" stop supporting that f'ed up platform that supports NOTHING BUT FORGERIES. You have a better chance of winning a game of Jenga using your butt cheeks, than finding a real autograph there.

Secondly, have you heard the old adage, you get what you pay for? Maybe you should repeat it to yourself the next time you part with your hard earned money? LOL

Lastly, a Dimaggio, Mantle & Williams AUTHENTIC triple signed like that would sell for at least $500.00 on a good day. A blatent forgery, $95.00 all day long. I sold a Mantle 8 x 10 signed Photo this week for $315.00....with NO STUPID COA. So you have to ask yourself a question. Is it too good to be true? Do I usually get what I pay for? There is a better chance of an item with NO COA being real than one that comes with a COA, IMHO

We've all been fooled, especially starting out, no shame in that.

But maybe you should slow down and learn a little more about the hobby before spending any more money because, not to sound harsh, but thinking that 1.) COA's can't be faked, 2.) that forgeries might have some value, and 3.) that passing them off to someone else on ebay is a good solution, are kind of weird notions, even for a beginner.

I only have a few autographs so had no clue COA's can be faked. I would assume even forgeries have some kind of value. Maybe someone can't afford how much a real one is worth and would want a forgery. Passing it off on ebay with full disclosure that it was fake to get a little money back doesn't seem weird to me at all.

I didn't expect to get the auction so cheap, then when no one bid and I won, that is when I figured something was up.

Don't you have any ethics?

Look we all have been burned...do yourself and everybody else a favor and trash these and cut your losses IF you can't get refunded, selling these would only allow whoever buys them another opportunity to pass it on to another unsuspecting victim .

I had to shred a Mickey Mantle 8x10 I thought was real and had paid $200 for, it was hard to do but to know that no one else will get burned by it was worth it to me.

You were taken no doubt, does it feel good? Then why would you want to do it to somebody else?

I think i understand what you are saying CJ, i just think you are very inexperienced, as you already stated, when it comes to autographs. The first thing to know is that their are more dealers selling forgeries than their are dealers selling legit items. They are anywhere and everywhere, and a huge amount of autographs out their that people think are real, are actually forgeries. People at this site, as well as most other autograph sites (with the exception of Autograph News Live and Autograph Alert), hate forgeries and those who sell them. A forgery is never a good thing, nor do they have any value at all. Forgeries are made with the express intent of committing fraudulent activities.

But you are right in a way, their are those out their that cant afford a real autograph and would just like something to hang up on their wall that looks like a real autograph as a conversation piece. These type of items are called Pre Print autographs, or Autopen Autographs. Pre prints are copies of a real signature and they sell for dirt cheap. Autopens are done by a machine. First the celebrity signs their name once and a machine reads it and then duplicates it on every other item. (it literally sometimes consists of an artificial hand that holds a pen, which creates extra realism).

Then their are signatures known as clubhouse signatures and secretarials. These are when another person signs for the celebrity in question, with the intent of making the fan happy. And not for resale. The person signing is doing so with the permission of the celebrity, and their is no intent of fraud. The person is signing for the celebrity only b/c the celebrity doesnt have the time, or just doesnt want to sign autographs. But they want to give the fans something, so they commission the use of a ghost signer. And these can sometimes have some worth. An example is with clubhouse signatures that were often given with baseball players. Back in the time of Mantle, their were some ballboys that signed for every member of the team with astonishing accuracy. These balls were given out with no intent that they would ever be resold, only to please the fan. And nowadays b/c those balls have history and they can be attributed to certain historical characters, they have some value. But nowhere near the worth it would have, if the original celeb had signed it, in most cases.

But forgeries have absolutely no worth, and if someone would happen to buy one, knowing it was likely a forgery, their only intent would be to resale it to make a profit as a real autograph. It would be easy to pass such autographs off, but please dont do this, or else you would be on the level of the forgers who conned you out of your money. I certainly hope thats not the case, and i dont think you meant anything by your question, i just think you didnt really know what you were asking. And often the reaction by those that fight forgeries is strong.

So the bottom line, absolutlely trash them. They are garbage, and never pass them on. I have been burned bad before, just like everyone, and it sucks. So dont give someone else that feeling. Good luck collecting

Here are the autographs that started this thread. Just so their is a record of them: 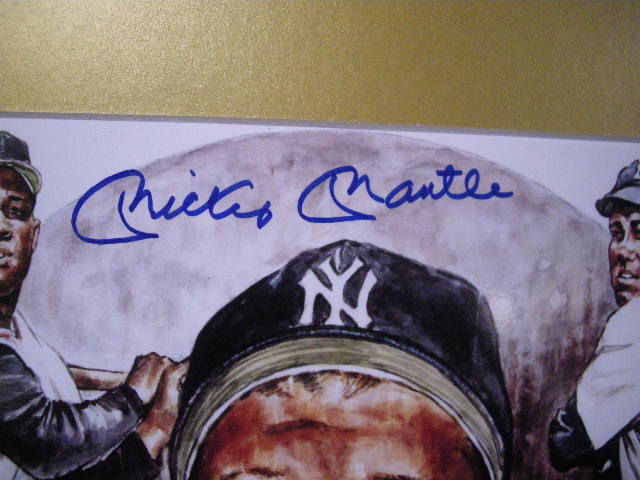 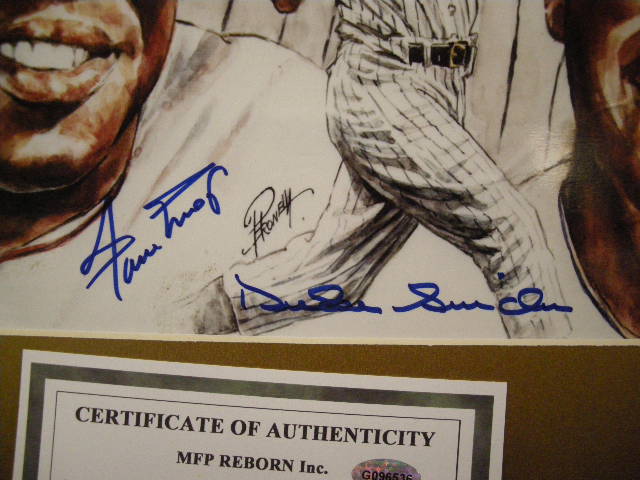 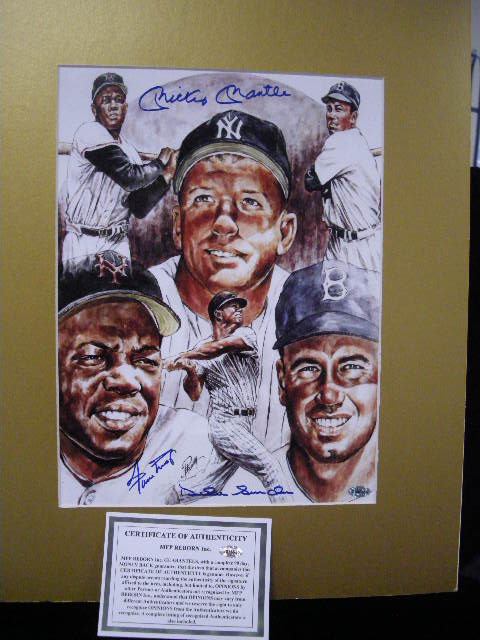